Keep up with all of our programs, events, and activities! 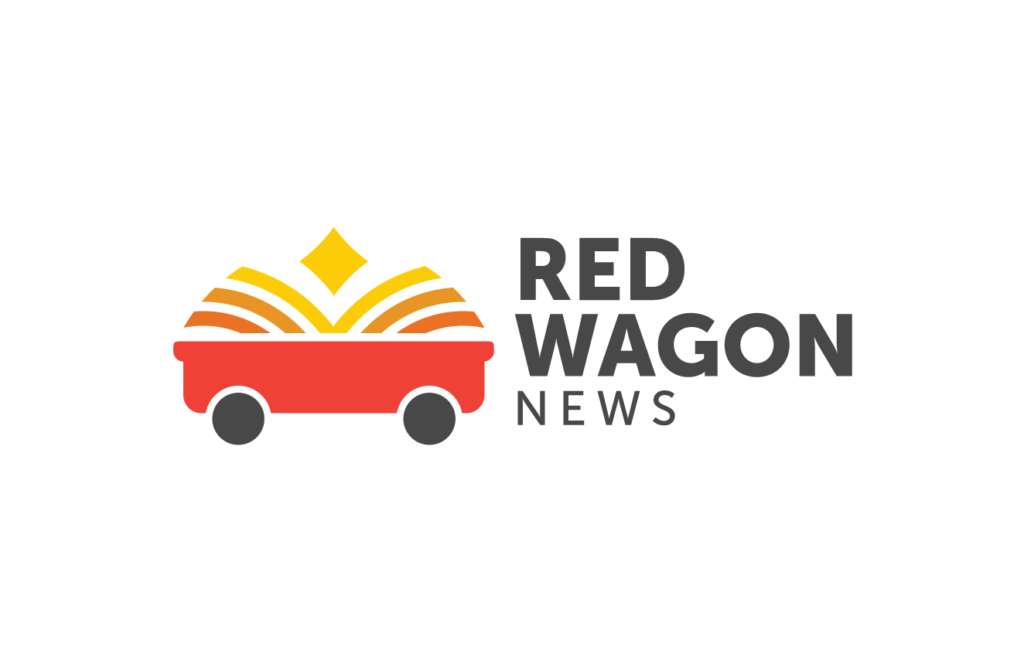 The first 12-week series of Taste Buds came to an end October 4th. Providing this service for the first time, we were excited to see the results of
the children receiving therapy. One of the many successes was Dylan, a 4 year old who has struggled with eating challenges. After being chosen to participate in the sessions that started June 28th, Dylan has had a number of both small and big accomplishments that his family couldn’t be happier about. Here is what his father, Robbie Weyand, had to say about Dylan’s progress and the Tastes Buds program.

Describe Dylan’s challenges with feeding prior to beginning Taste Buds:
Looking back on my son, Dylan, the very first sign of Autism was his lack of appetite. As a baby he ate anything & everything, then at around the age of two he stopped eating and drinking. Dylan lost weight and for the next few years he lived on milk, PediaSure, and a few salty, crunchy snacks.

How has the service supported you as a parent to address Dylan’s feeding challenges?
The support we’ve received through this model of intervention has been awesome from the one on one discussions on strategies with his therapist, to the group meetings with other parents… I couldn’t ask for more. Dylan gets to eat with other children like him, giving him a lot of peer support that he needs. I really believe the peer support from friends is the best part of Taste Buds.

What would you say to other parents experiencing similar challenges?
I would say to other parents, “You’re not alone.” Eating is so hard for our little ones, but it gets better with lots of help from others, time, patience, and lots of love. They may not eat today, tomorrow, or the next week, but it will happen. It’s happening for our son now. 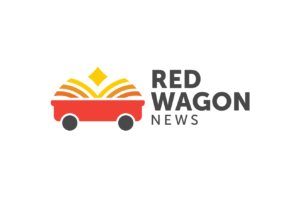 Taste, Buds. The first 12-week series of Taste Buds came to an end October 4th. Providing this service for the first time, we were excited to see the results ofthe 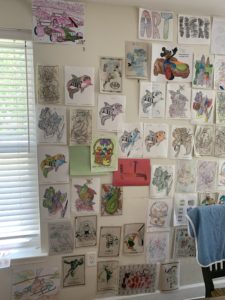 According to a recent Syracuse University study, people with intellectual and develop-mental disabilities are four times more likely to contract COVID-19, and twice as likely to die from it. Since 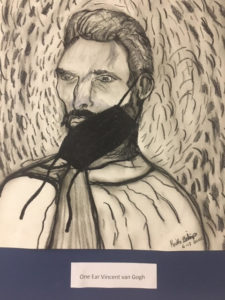 Artist Keith Bishop has been inspired to do a series of drawings that reflect our current, pandemic world. Since the return of our art instructor, Rowena Levy, who has a

Copyright © 2022 The Arc Gateway. All rights reserved.
The Arc Gateway, Inc. and The Arc Gateway Foundation, Inc., are Florida corporations operating as 501 (c) (3) charitable organizations serving Florida. Both organizations are registered with the Florida Department of Agriculture & Consumer Services. A COPY OF THE OFFICIAL REGISTRATION AND FINANCIAL INFORMATION MAY BE OBTAINED FROM THE DIVISION OF CONSUMER SERVICES BY CALLING TOLL-FREE WITHIN THE STATE: 1-800-HELP-FLA (435-7352) or www.FloridaConsumerHelp.com. REGISTRATION DOES NOT IMPLY ENDORSEMENT, APPROVAL, OR RECOMMENDATION BY THE STATE. Registration #CH428, #CH13805. 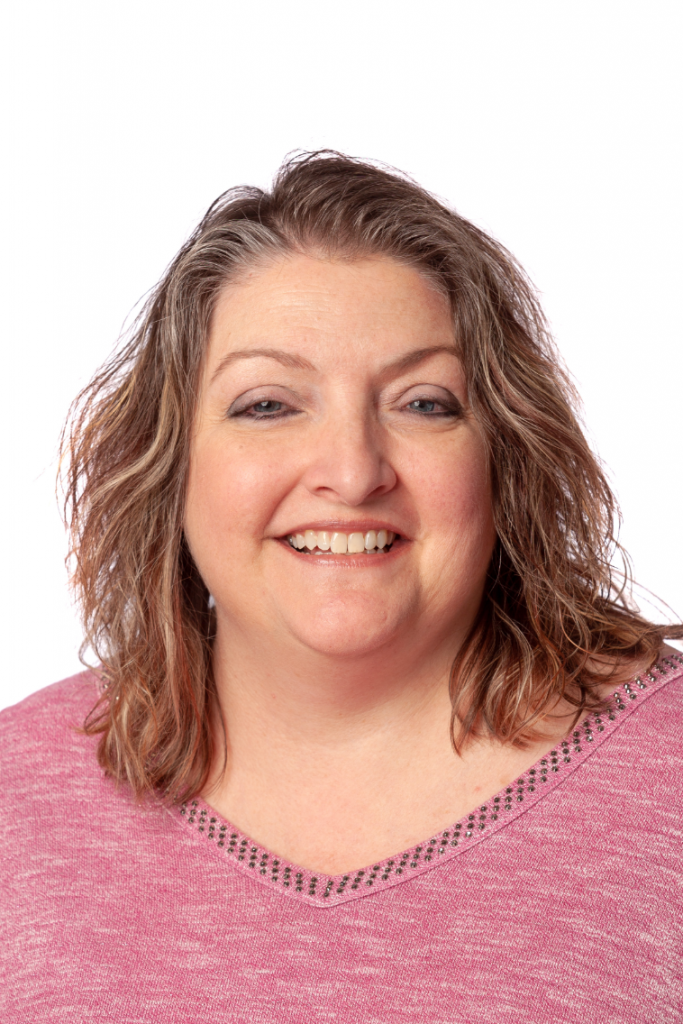 A native of Pensacola, Dawn VonStein graduated from the University of West Florida with a bachelor’s degree in early childhood and elementary education.  She began working at The Arc Gateway in 1993 as a support specialist for the Women’s Training Center where she felt she could use her teaching background to help teach daily living skills to the women at the group home. When asked why she has made her career at The Arc Gateway she says it is, “because there are few other places I could work where every day is different, I feel like I’m making a difference in someone’s life, and I am truly loved by those I serve.” 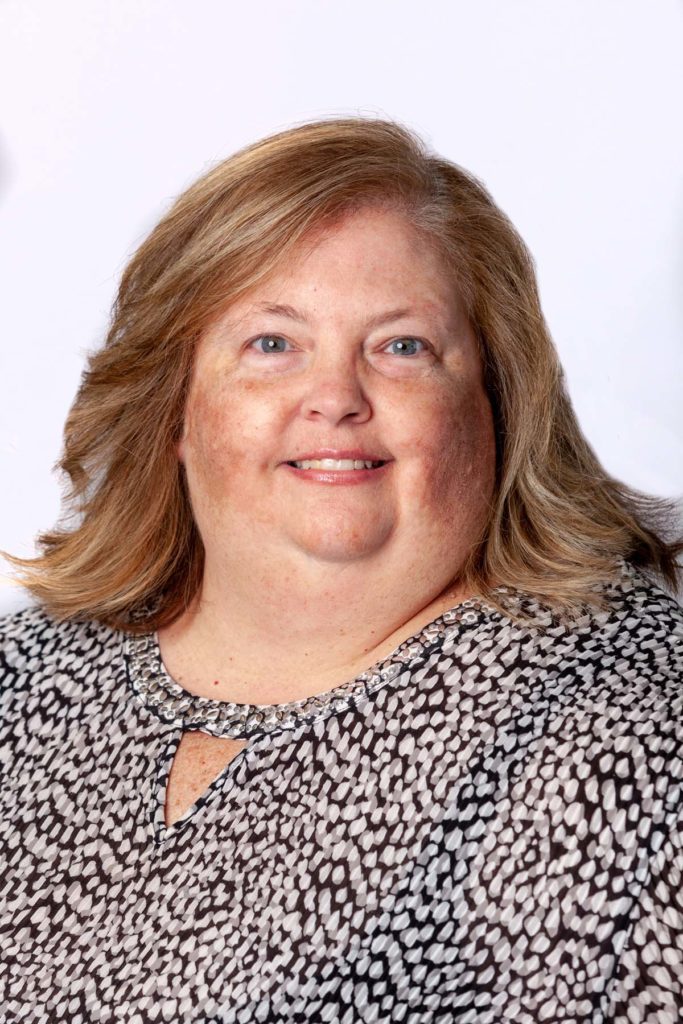 Dondie is an innovator with more than 15 years’ experience driving results in program management, marketing, and media production. In addition to her studies in Journalism and Communication Arts at the University of West Florida, Dondie has received certification in Nonprofit Management. Dondie is very active in the community serving on board of directors for area nonprofit organizations, secretary/treasurer for UWADA, Loaned Executive with United Way, and volunteer with Special Olympics.

Jennah began her journey with The Arc Gateway in the fall of 2016 as an assistant to Human Resources. During her time with the agency, Jennah has acquired her Bachelor’s Degree in Psychology along with a Certificate in Human Resources both from The University of West Florida.  Jennah can be considered a “jack-of-all-trades” thus securing her role as the Special Projects Manager (Office Manager). She also takes an active role in her community as a member of Pensacola Young Professionals. 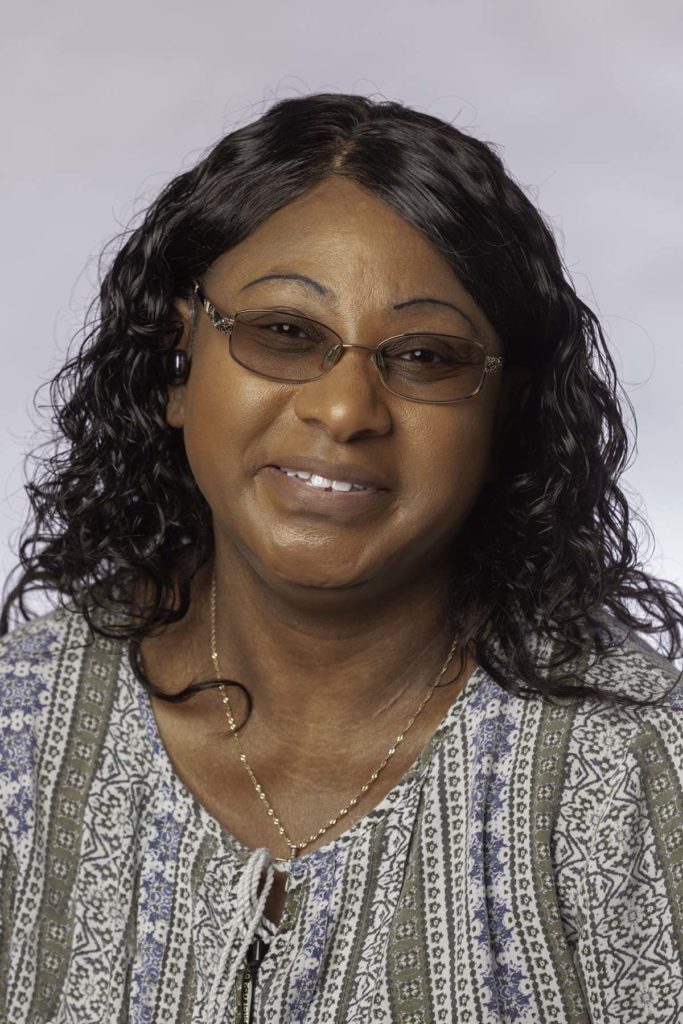 Níta started working at the Arc Gateway in January 2019 as the Senior Adult Program Manager. She began working in the Developmental Disabilities field in 2015 as a Support Coordinator and has worked as Supportive Living Coach and a QMRP. Níta earned an Associate Degree in Pre-Nursing, a Bachelor of Science in Psychology, and a Master of Education in Mental Health Counseling. She also worked as a Licensed Clinical Mental Therapist in Mississippi with all populations. “It is a joy to get up each morning, come into the program and work with such a wonderful group of people who keep me on my toes. I wouldn’t trade this job for anything in the world.” 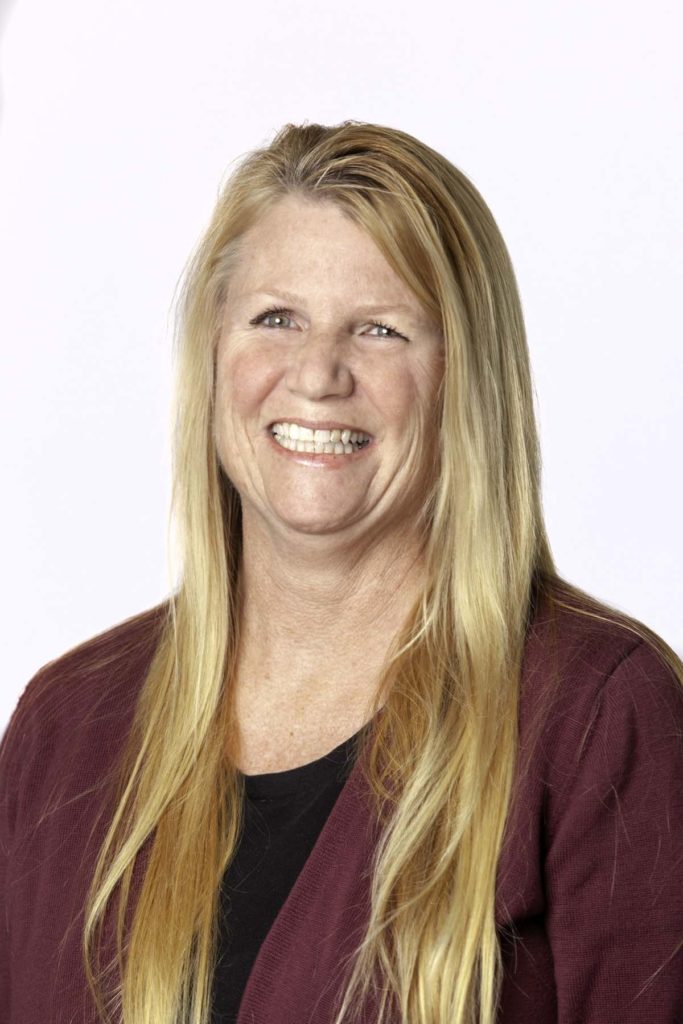 Rebecca is a Pensacola native who graduated from the University of West Florida with a degree in Early Childhood and Elementary Education. She has been a part of The Arc Gateway team for over 2 decades, starting her career with us in 1997. Rebecca’s first position with The Arc Gateway was a Support Specialist in the Pal/Ace program. From that role she became a Group Home Manager with one of our female group homes, then moved into her current position as Director of Residential and Community services. “I love making a difference in the lives of people we serve and assisting them to achieve their goals and gain skills toward independence.” 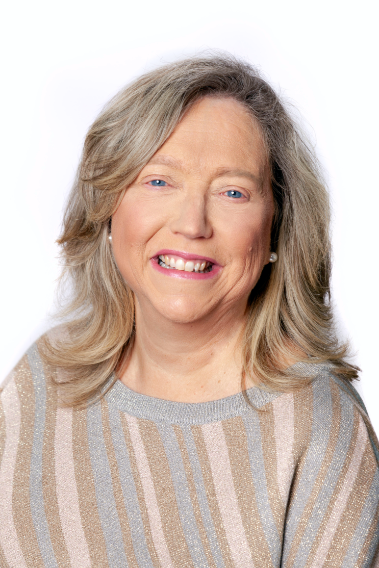 MaryAnn Bickerstaff began her career at The Arc Gateway in 1986 as an Infant Toddler Developmental Specialist soon after completing an internship with the Pearl Nelson Center’s Early Intervention and Preschool programs at the completion of her Bachelor’s Degree in Special Education at the University of West Florida. After working in this role for four years, MaryAnn became the Early Intervention Coordinator and in 1990 assumed the position as Children’s Services Director. During this time, she is proud of the program’s growth and diversity in funding, including grants and fundraising activities, but she is most proud of the impact her team is making in the lives of children every day. MaryAnn is very engaged with community partners and serves on the Board of the Early Learning Coalition and the Operational Support Team of Achieve Escambia among others. MaryAnn is a proud to be a native of Pensacola.

Chip graduated from the University of West Florida with a Bachelor’s Degree in Communication Arts in 1989 and has spent his career in marketing communications, fundraising and special events. He’s worked in a variety of industries and nonprofits, including The Arc Gateway in the mid-1990s. He founded and managed his own brand intelligence firm, Emagination Unlimited, for 18 years before deciding to follow his passion and “return home” to the nonprofit world. Mission-focused work is in his DNA. 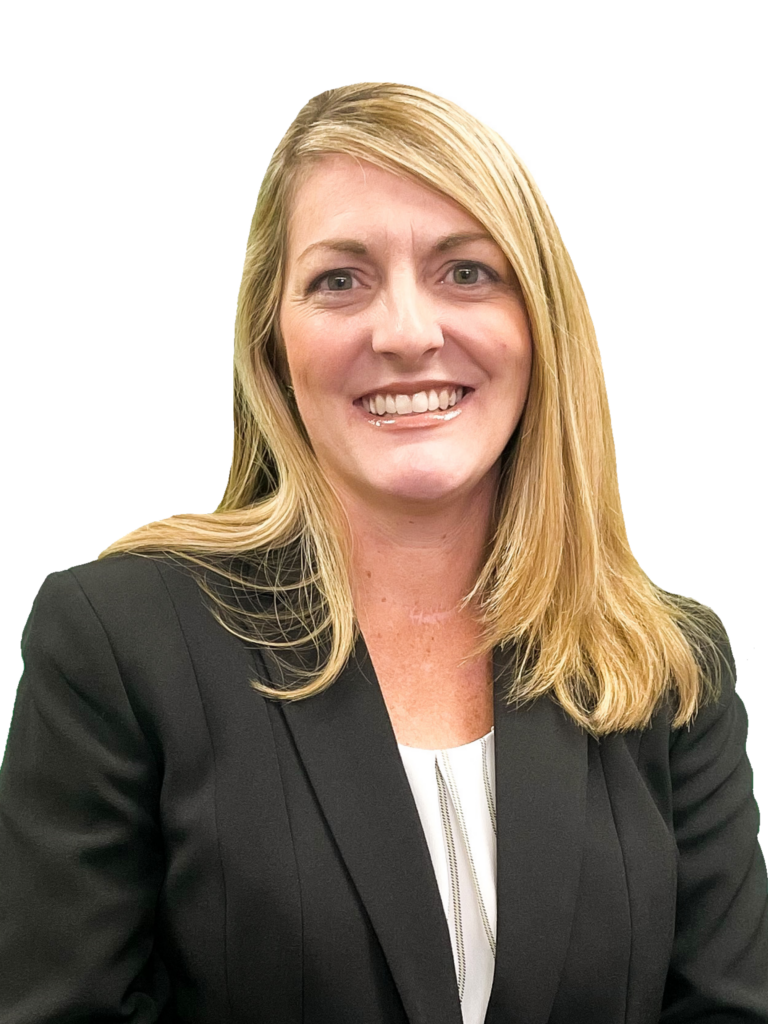 Lea joined The Arc Gateway in 2021, bringing with her over 18 years of experience in finance and accounting.  Lea earned her Bachelor’s degrees in accounting, finance and management at the University of Mobile in Alabama and a Master’s in Business Administration at the University of West Florida. Lea is also a Certified Public Accountant in the state of Florida. For several years, she has worked in the nonprofit industry, both domestically and internationally. As a Pensacola native, Lea is passionate about meeting the needs of the Northwest Florida community. In her spare time, she enjoys hanging out with her family and living up to her “boymom” title.

Cathy Lauterbach has shared her talent with The Arc Gateway for over two decades. A California native, Cathy obtained a bachelor’s degree in management from St. Mary’s College in Moraga, California. She began her employment with the agency in 1995 as an employment specialist. From that role, she became the program manager at the Pollak Training Center before moving into the position as director of Residential and Community Services, and now her position as COO overseeing adult programs at The Arc Gateway. 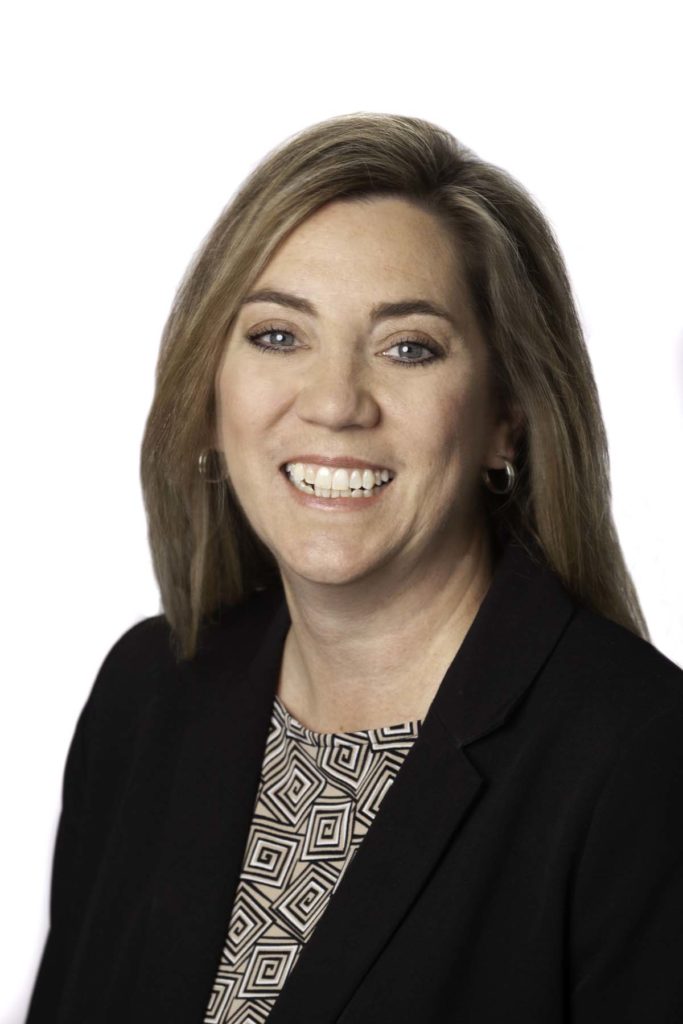 Missy has been working in the field of developmental disabilities since 1997.  Throughout her career she has performed in a variety of roles including direct care, case management, fundraising and administration.  Her extensive knowledge base and experience allows her a unique perspective and understanding of issues facing the disabled community.  Missy’s passion and dedication can be felt in her decision-making process as she always puts the best interests of those being served by the agency first.  In her spare time, she can be seen acting with a local dinner theater acting troupe. Missy holds a Bachelor’s Degree in Psychology from Elon University in North Carolina and is originally from Virginia.